The experts are in agreement: having a diverse workforce can drive innovation, improve performance and attract top talent.  As such, diversity and inclusion (D&I) is a ‘hot topic’, with many top organisations identifying it as a key element of their corporate strategy.

But what does effective D&I look like in practice?  In this blog, we will look at how to implement effective D&I initiatives in the workplace.

While organisational diversity has improved in recent years, there is still a long way to go.

Action has been most visible in regards to gender.  However, although female employment rates have increased, male and female experiences of progression within the workplace are still vastly different.  For example, in 2018, FTSE 100 CEOs were still more likely to be called Dave or Steve than to be female.

Progress has been less tangible in regards to race and ethnicity.  A recent study by the Chartered Management Institute (CMI) found that while 75% of FTSE 100 companies set progression targets for gender, only 21% did the same for BAME. Indeed, only 6% of top management jobs are held by Black, Asian and minority ethnic (BAME) leaders, whereas BAME groups make up 12% of the working population.

There is a similar lack of representation among disabled and LGBT employees.  This only increases when considering intersectionality – that is, employees who identify with more than one protected status.

Diversity and inclusion are separate concepts

Many organisational diversity initiatives have proved unsuccessful.  Where have they gone wrong?

Firstly, being a truly inclusive organisation is about more than just hiring a diverse workforce.  Diversity alone does not guarantee that every employee will have the same experience within the organisation.

A first step towards implementing an effective D&I strategy is to understand that diversity and inclusion are related, but distinct, concepts.

As the recent CIPD report on ‘Building inclusive workplaces’ explains:

Another key mistake that many organisations make is ‘copying and pasting’ initiatives from another organisation into their own situation.

Thus, it is crucial that organisations identify and tackle these specific barriers to inclusion.

Structural barriers may include a lack of flexible working opportunities, or a lack of BAME representation on recruitment selection panels or within senior management and HR.

Individual barriers may include prejudice and bias (both conscious and unconscious).  For example, the TUC Racism at Work survey found that 65% of BAME workers have suffered harassment at work within the last five years, while 49% had been treated unfairly.  Similarly, an NIESR study found that 23% of LGBT employees had experienced a negative or mixed reaction from others in the workplace due to being LGBT or being thought to be LGBT.

However, evidence of its impact on attitudes and behaviours is less conclusive, so it is not a panacea.

So what else can organisations do to help foster inclusion?

Research has found that there are several key aspects that contribute to individual feelings of inclusion.  In particular, individuals must feel valued for their uniqueness, and they must feel able to  be their authentic selves at work, regardless of any differences between them and other team members. This, in turn, leads to a sense of belonging, without the need to conform to ‘group norms’.

Individual feelings of inclusion are influenced both by the behaviours of others at work, as well as informal and formal organisational practices.

Some good practice examples of organisational inclusion include:

Other practices that may help promote inclusive working environments include mentorship, sponsorship and the creation of inclusive employee networks.

The good news is that an increasing number of organisations are working towards becoming truly diverse and inclusive.  Awards and certifications such as Business in the Community’s Race Equality Award, EDGE certification for gender equality, and Stonewall’s Workplace Equality Index for LGBT inclusion, all highlight the positive work that is being done.

For example, Pinsent Masons – currently the number 1 employer in the Workplace Equality Index – have worked to remove barriers to employment for trans individuals, provided support for LGBT women to overcome the ‘double glazed glass ceiling’ and facilitated the creation of an LGBT and allies employee network.

Successful D&I cannot be measured by demographics – it is not enough to just have the right numbers on paper.  Every employee must feel valued as an individual and have equal access to opportunities.  In order to achieve this, organisations must look at their own contexts and develop initiatives that tackle the individual and structural barriers to inclusion that have been identified.  Listening to feedback from employees, and genuinely valuing and acting upon their input, is essential.

Becoming more inclusive is not only a moral obligation, it also has profound business implications – a recent study found that the potential benefit to the UK economy from full representation of BAME individuals across the labour market through improved participation and progression is estimated to be £24 billion per annum.  Thus, inclusive organisations are not only better and fairer places to work, but can also achieve better performance and innovation.

Last week, Brighton College, a co-educational independent college, announced that it is to stop making a distinction between boys’ and girls’ uniforms. The announcement was made in order to support transgender or dysphoric (a condition where someone feels there is a mismatch between their biological sex and gender identity, and which is unrelated to sexual orientation) students, by allowing them to choose between wearing a blazer, tie and trousers or skirt and jacket. The school stated that the decision was taken in reaction to “a changing society which recognises that some children have gender dysphoria and do not wish to lose their emotional gender identities at school”.

The school, which is the first in Britain to make such a move, has been praised for its decision by parents, and claims to have received messages from other schools who are considering following their lead. While the school’s announcement has been widely covered by the press as a landmark decision, it was interesting to note that the reaction from the students themselves has been more muted. Speaking to The Independent, one 17 year old pupil suggested that it hadn’t really been seen as a “big deal” among students, who she views as a more “open-minded generation”. A difference in attitudes between generational groups was also evident in the results of a 2015 Huffington Post/YouGov poll of 1,000 American adults: 54% of respondents aged 18-29 believed parents should allow their children to identify as a different gender than the one they were assigned at birth, a statement that only 29% in the 65+ age group agreed with.

Unfortunately, recent research indicates that there is still some way to go in providing effective support for transgender people, including in schools. When taking evidence for their recently published report on transgender equality in the UK, the House of Commons Women and Equalities Committee heard that transgender, and gender-variant, pupils and their families face particular challenges at school, in terms of:

The Equality and Human Rights Commission (EHRC) also highlighted research which indicates that 91% of boys and 66% of girls who identify as transgender have experienced bullying or harassment at school. This is higher than the levels of discrimination experienced by lesbian and gay students, and can lead to transgender pupils experiencing mental health problems and dropping out of education early.

The evidence submitted to the Committee’s inquiry suggests that the example of Brighton College is very much the exception, with the support for transgender pupils in schools across England reported to be ‘uneven’. Susie Green of Mermaids, an organisation which provides family and individual support for teenagers and children with gender identity issues, suggested that some schools were adopting a “victim mentality”, seeing the transgender student as the problem and wanting to “get rid” of, rather than accommodating, them and addressing the wider issues.

Several witnesses argued that schools should provide better support as part of their Personal, Social and Health Education (PSHE) curriculum. It was noted however, that PSHE is not currently statutory, although the Commons Education, Health, Home Affairs and Business committees argue that this should be changed. The Secretary of State for Education, Nicky Morgan, contributed her view that just because something is statutory, “[does not mean] it is going to be taught well.”

While political wrangling over the issue continues, the most important thing to ensure is that pupils are being supported as effectively as possible. Concluding their report, the Commons Women and Equalities Committee stated that more needs to be done in order that young people and their families get sufficient support at school, and that schools must ensure they are compliant with their legal obligations towards pupils across all protected characteristics, including that which relates to transgender people, and especially gender-variant young people. The Committee recommended that the government should consider the inclusion of training on these protected characteristics in its review of initial teacher training, and that trans issues (and gender issues generally) should be taught as part of PSHE.

On a practical level, writing in the Guardian, teacher Allie George suggested several ways in which classrooms can be made a safe and inclusive space for transgender pupils:

If you liked this blog post, you might also want to read our previous posts on equalities and diversity issues. 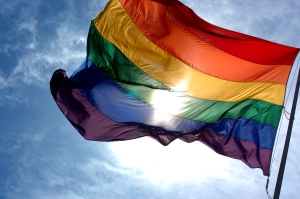 March 29 saw the first same sex weddings in England and Wales, and later this year the first gay marriages in Scotland will take place. Some proponents of lesbian, gay, bisexual and transgender (LGBT) rights have characterised the recognition of gay relationships in law as a full stop in the campaign for equality. But there is evidence that the struggle against discrimination of LGBT people is far from over. END_OF_DOCUMENT_TOKEN_TO_BE_REPLACED