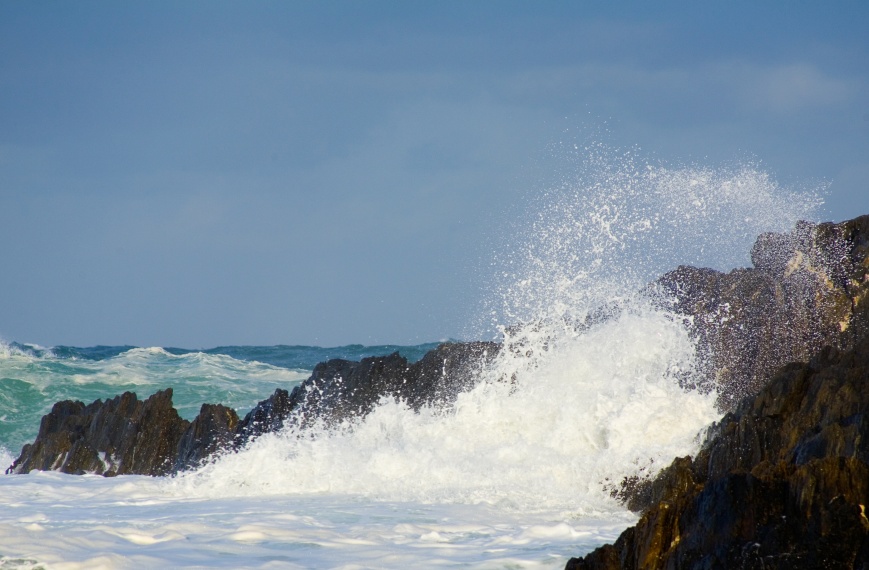 There has been much focus on the green economy in recent times as the international community attempts to address the current ‘climate emergency’. According to the United Nations (UN), “an inclusive green economy is one that improves human well-being and builds social equity while reducing environmental risks and scarcities.” Over the past decade, many governments have highlighted the green economy as a strategic priority, and since the Intergovernmental Panel on Climate Change (IPCC) published its special report on the impacts of global warming of 1.5 °C in 2018, action has been stepped up across the globe.

However, green economy strategies tend to focus on the sectors of energy, transport, agriculture and forestry, which leaves out an important part of the world’s environment – the oceans. It has been argued that “a worldwide transition to a low-carbon, resource-efficient green economy will not be possible unless the seas and oceans are a key part of these urgently needed transformations”.

Perhaps unsurprisingly then, a new buzzword in the international sustainability agenda is gaining momentum – the ‘blue economy’. Since the turn of the 21st Century, there has been an increasing commitment to growing the blue economy but what exactly is it and why is it important?

What is the blue economy?

Similarly to the green economy, there is no internationally agreed definition of the blue economy. Its origins stem from the Rio+20 outcomes whereby member states of the UN pledged to ‘protect, and restore, the health, productivity and resilience of oceans and marine ecosystems, to maintain their biodiversity, enabling their conservation and sustainable use for present and future generations.’

Various definitions have been used by different agencies.

According to the World Bank, the blue economy is the “sustainable use of ocean resources for economic growth, improved livelihoods and jobs, and ocean ecosystem health.”

Conservation International has suggested that, “at its simplest, ‘blue economy’ refers to the range of economic uses of ocean and coastal resources — such as energy, shipping, fisheries, aquaculture, mining, and tourism. It also includes economic benefits that may not be marketed, such as carbon storage, coastal protection, cultural values and biodiversity.”

Like the green economy, the blue economy model aims for improvement of human wellbeing and social equity, while significantly reducing environmental risks and ecological scarcities.

Why the blue economy is so important?

Clearly, ocean health is vital to the blue economy. With over 70% of the world’s surface covered by ocean, almost half of the world’s population living in close proximity to the sea, the majority of all large cities being located along the coast and 90% of global economic trade travelling by sea, it is not difficult to see why the ocean and its resources are seen as increasingly important for both sustainable and economic development.

It is also a source of food, jobs and water, and contributes to the protection of the environment by absorbing carbon dioxide emissions. It has been estimated that the global blue economy has an annual turnover of between US$3 and 6 trillion and is expected to double by 2030. It is also estimated that fisheries and aquaculture contribute $US100 billion annually and about 260 million jobs to the global economy. In addition, over 3 billion people around the world, mostly from developing countries, rely on the world’s oceans and seas for their livelihood.

It is therefore not surprising that ocean pollution and the threat to marine resources have ascended the sustainability agenda in recent years, attracting increasing global attention and high-profile interest.

The recently heightened concerns over climate change have also highlighted the importance of the blue economy. The IPCC report warned that coral reefs would decline by 70-90% with global warming of 1.5°C, whereas virtually all (> 99%) would be lost with 2ºC.

Governments and organisations from across the world have been taking action to address the climate emergency with many strengthening commitments to growing the blue economy in particular.

A new High Level Panel for a Sustainable Ocean Economy was also established in September, the first time serving heads of government have joined forces on a global pact to protect the world’s oceans.

The UN’s Decade for Ocean Science (2021-2030) will also soon be upon us and the World Trade Organisation has been tasked with ending harmful fisheries subsidies by 2020. New approaches are also helping countries value their small-scale fisheries. Scotland’s economic action plan, for example, makes a specific commitment to grow the blue economy which includes a new, world-leading approach to fisheries management with a focus on inclusive economic growth.

5 thoughts on “A rising tide: the growing importance of the blue economy”