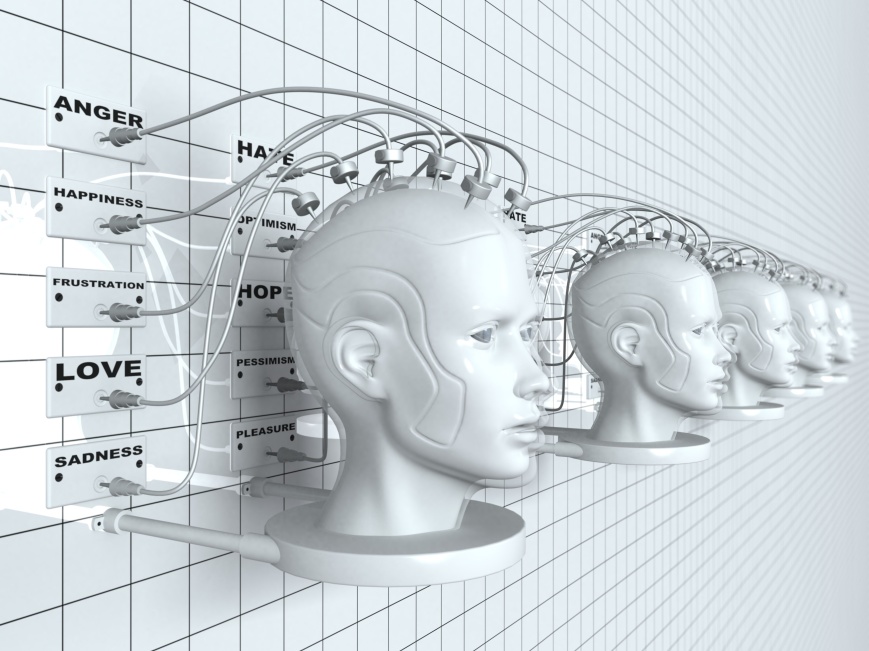 Cities have long been considered primarily in terms of their buildings and infrastructure.  However, in recent years, a more ‘human-centric’ view has been adopted – focusing on the people who inhabit the city, and how they perceive and respond to the city that surrounds them.

Research from a variety of disciplines agree that buildings and cities have a significant impact upon the people – from their physical and mental health, cognitive development, and wellbeing to their levels of productivity.

Neuroscience offers a new way to further explore this impact – and by doing so, help urban design professionals to create places that promote human health and wellbeing, whilst mitigating the negative impacts of the city environment as far as possible.

But what exactly is neuroscience?  And how does it relate to urban design?

A recent report by FutureCatapult looks at how neuroscience can be used to improve the design of urban places, and thus increase human wellbeing and productivity.

It defines neuroscience as “a multidisciplinary branch of biology and is the scientific study of the brain and nervous system, including its interaction with the other parts of the body”.

There are various ‘scales’ or ‘levels’ of neuroscience – from cognitive psychology, right down to the study of individual cells in the brain.  Each level of neuroscience studies different aspects of how the brain functions, and thus offers different ways to explore and understand how humans perceive, respond to and are affected by their surrounding environments.  It has many applications in real life – and one such application is informing city strategy, design and policy.

Take mental health, for example.  It is a prime example of an area in which neuroscience can be used by city planners and policymakers to help improve human wellbeing.

As FutureCatapult point out in their report, cities have a greater prevalence of mental health problems than rural areas.

They note that several factors associated with cities have been found to contribute to mental health problems. These include certain toxins (produced by traffic, industrial parks), environmental stressors (noise and light pollution), climate conditions (urban heat islands) and social conditions (isolation).  Neuroscience offers a greater understanding how these factors impact on human health and wellbeing, thus creating an evidence base for the design of healthy places.

There are many other ways in which neuroscience research can inform city design.  For example, it has been found that:

Such findings can help inform the decisions made by city planners and policymakers, and help create cities that maximise human health, wellbeing and productivity.

Research into the brain’s ‘wayfinding’ processes – that is, how the brain processes visual information and makes sense of unfamiliar environments – is also of interest.  For example, how do people choose which paths to follow?  Are they influenced by street size, shape, colours, noise, or the number of cars? Such information could be used to inform the design of streets and places that are easier to navigate. This is of growing importance given the drive towards the design of inclusive and dementia-friendly places.

Relatedly, neuroscience offers a way to gain a deeper understanding of how non-neurotypical brains process and respond to different environments – for example, people with dementia or autism.  Understanding these different perspectives and responses is key to the creation of spaces that are truly inclusive.

But how exactly does one go about examining how brain cells respond to an urban environment?

There are a variety of neuroscience tools that may be used to gather information about human’s experience of the city.

A key tool is mobile electroencephalography (EEG).  Previously, EEG involved equipment that could only be used in a laboratory.  However, technological advances have seen the development of mobile EEG ‘headsets’ that can be worn as research participants navigate different streets and environments of the city.

Mobile EEG enables researchers to measure brain function and activity, as well as the responses of the autonomic nervous system (heart rate, skin conductivity, endocrinological levels).  This can be used to understand how individuals experience urban environments.

For example, mobile EEG has been used to help understand the urban experiences of people with visual impairments.  Other mobile EEG studies have looked at whether using quiet, low traffic streets has a different effect on pedestrians than using streets busy with shops, traffic and other pedestrians.

As these neurological research and related technologies advance, their application will undoubtedly become more sophisticated and widespread.

The urban population around the world is expanding rapidly and finding solutions to the mental and physical health challenges that cities present is crucial.

By understanding the insights that neuroscience can provide, city planners, policy makers and others involved in urban design can access a growing evidence base upon which to build future cities that are healthy, attractive and inclusive places to live.

2 thoughts on “Science in the city: applying neuroscience to urban design”