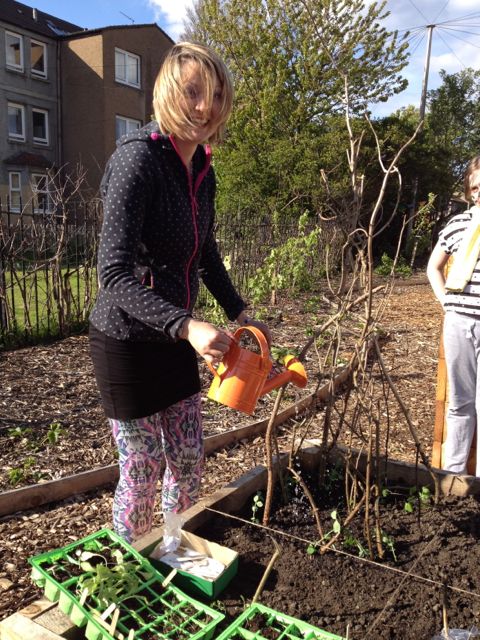 Increasing concerns about the origins of food, and moves towards healthier eating have been the driving forces behind the development of community growing projects. But this trend has as much to do with connecting communities and empowering individuals as it has with growing fresh and healthy food. Two recent studies have highlighted the many benefits of community growing projects.

Earlier this year, an article in Work, Employment and Society focused on the work being done in community gardens in Glasgow. The authors selected 16 gardens across the city to explore the potential of community growing projects for generating new forms of social relations around work.

Apart from the food produced by the gardens, the study identified further benefits arising from these projects, including:

The authors of the study also identified tensions that can arise between community gardening groups, with their “progressive sense of collective space” and local authorities’ “commercialized property-based narrative”.

However, the study concluded that “…community growing projects lead to important forms of social empowerment for individuals, while at the same time helping to re-energise communities in some of the city’s most deprived areas.”

The findings from the Glasgow research were echoed in a further study focusing on Scotland’s capital city. Edinburgh now has more than 50 community gardens which have been developed by grassroots groups, community organisations, the NHS and third sector charities.

The research, published in January, was conducted in three community gardens in East Edinburgh:

As in Glasgow, the authors found that community gardens are not only places for cultivation of the land, but can also address wider social issues, such as social bonding, skills development and health. One Lochend participant highlighted the health-giving properties of community gardens:

“A big part of what motivates the garden is mental health. It is nice for people to get out of their houses and spend time in the garden, working on something. It is quite mindful to get out and be productive…this garden has been almost medicinal to me.” 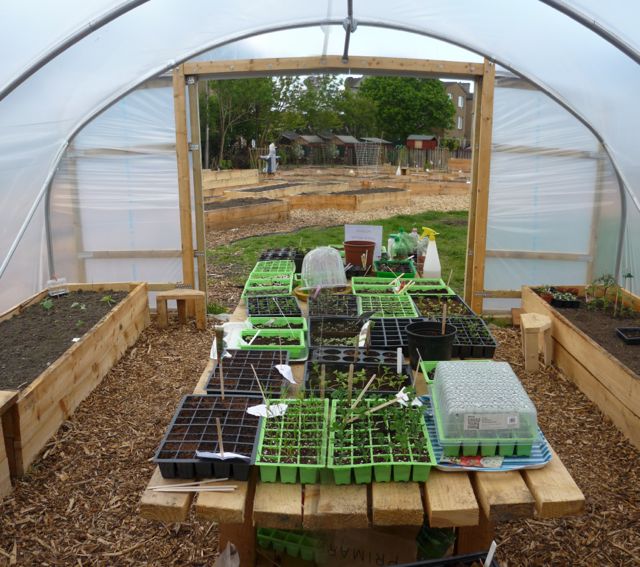 There were also strong feelings among the Edinburgh community garden participants about the connections between the right to grow food and the right to reclaim unused or waste common land. The study’s authors noted that community gardens are often seen by councils and governments as barriers to developing housing and market revenue. The common feeling in community gardening projects is that, given the chance, they can put the land to better use.

Our 2014 blog post raised questions about the challenges facing community gardens, such as planning and legal issues, land availability, funding, winning the support of local communities and addressing skills shortages. Two years on, those challenges remain.

However, there have also been positive developments that should help to advance the cause of community growing projects.

Since 2008, the Scottish Government’s Climate Challenge Fund has been providing support to communities. Examples include South Seeds, a community-led organisation in the south of Glasgow which has obtained funding for a community garden located on a disused tennis court, and Tayport Community Garden, where experienced gardeners provide support to people growing their own food. At the inaugural CCF Awards in 2017, Tayport Community Garden won the Food Category Award.

In 2015, the Scottish Parliament passed the Community Empowerment Act, which aims to help communities to do more for themselves and have more say in decisions that affect them.

A number of councils have already made a start on their food growing strategies, including Clackmannanshire, East Dunbartonshire, Edinburgh and Glasgow. 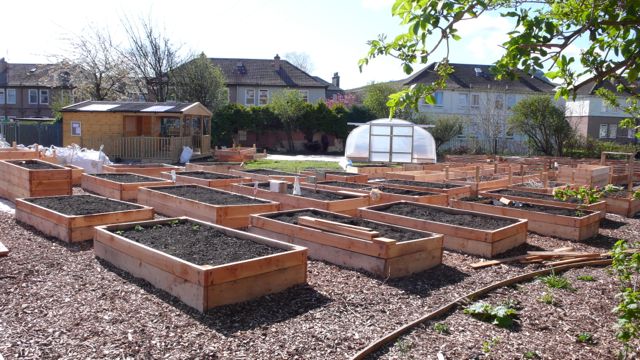 Across Scotland – and beyond – communities are demonstrating the enormous potential of collaborative growing projects. As the Glasgow study authors conclude: “…community gardens grow much more than food, they grow community.”

One thought on ““This garden has been almost medicinal to me”: community gardens are cultivating the land and empowering communities”