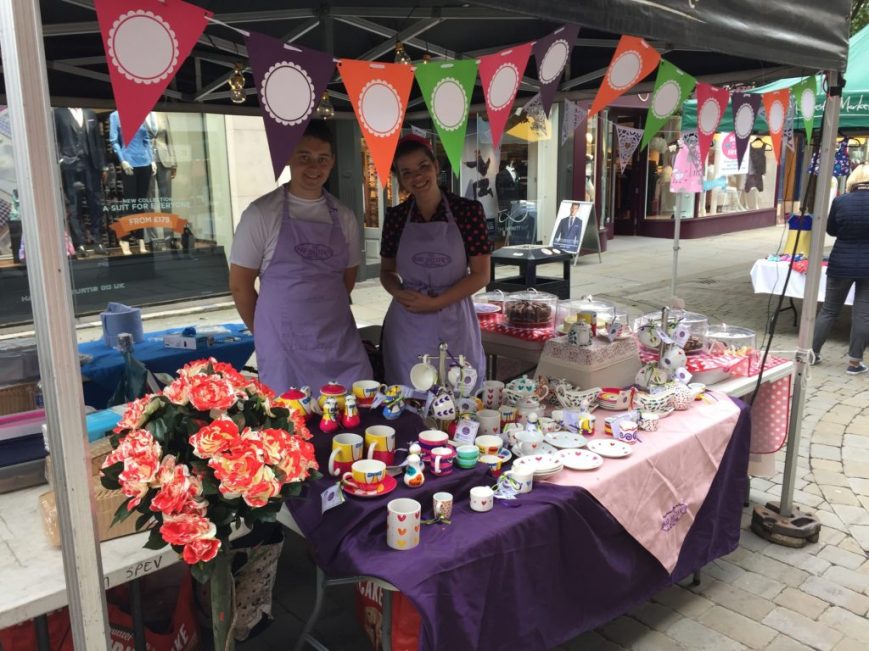 As we recently reported, despite being around for centuries, and following a decline during the recession, traditional retail markets have experienced something of a revival in recent years, with a new generation of innovative young traders coming to the fore.

Latest figures indicate the sector has a collective turnover of £2.7 billion a year from around 32,000 market traders – a gradual increase of around £200 million year on year since 2013.

The last five years has also witnessed the emergence of youth markets and ‘The Teenage Market’ initiative, which are generating income for young people and teaching them valuable entrepreneurial lessons, as well as transforming town and city centres.

But this revival is not wholly in the traditional sense of the market sector. Young people entering the sector tend to trade at festivals, fairs and shows rather than traditional markets, contributing to a specialist market boom.

According to a recent survey of the sector by the National Association of British Market Authorities (NABMA), new trends in the most successful product lines – hot and cold food and drink, baked goods, handmade crafts, fruit and vegetables and mobile phone accessories – have fuelled this growth.

Festivals and shows, which are popular with a younger demographic, are increasing in both size and frequency across the UK. Many of these events also take place out of the traditional season.

Such new trends do not come without their challenges, however, as NABMA’s survey also highlighted. Traders reported escalating pitch fees, poor pitch locations and never-ending paperwork. But despite these drawbacks, traders have reported huge returns at such events, where they can turn over tens of thousands of pounds.

Both NABMA and the National Market Traders Federation (NMTF) agree that the sector needs to embrace these new trends and act to engage this new generation of entrepreneurs.

Indeed, national initiatives in support of youth markets have emerged in recent years to do just that.

This September will see the fifth National Youth Market take place in Manchester, an annual event run by the NMTF in partnership with Manchester Markets. Young people between the age of 16 and 30 from all over the UK trade at this event, showcasing their entrepreneurial talent.

The NMTF also supports traditional market organisers to run specialist markets aimed specifically at young people. Many towns and cities from across the UK have launched their own youth markets, such as those in Manchester and Cambridge, with over 100 such events taking place every year.

Also in its fifth year, is The Teenage Market – “a fast-growing national initiative that’s transforming town and city centres with the creativity of young people”. This initiative provides a free platform for young people to trade at specially organised events. In addition to the retail offer, it also provides a platform for young performers to showcase their talents

Created by two teenage brothers from Stockport to support their town’s large population of young people, The Teenage Market initiative has quickly expanded across the country with thousands of young people taking part in events. Following the success of the first event, it was quickly recognised that the initiative could play an important role in the town’s regeneration strategy; a role which was highlighted by Mary Portas in her 2011 review of high streets.

According to Portas, “Markets are a fantastic way to bring a town to life… I believe markets can serve as fundamental traffic drivers back to our high streets.” And one of her recommendations was to build upon current successful initiatives “to help attract young entrepreneurs to markets and really start building the innovative markets of the future.”

Indeed, the positive benefits for the towns and cities running The Teenage Market events include a rise in footfall, an increase in spend in the local area and a rise in the number of visitors to their local market.

Not only this, but the fusion of retail and live performances has succeeded in attracting a new generation of shoppers and visitors to local markets, helping to breathe new life into town and city centres.

In an era of online shopping and declining high streets, the fact that local markets led by a new generation of traders are flourishing can only be a good thing.

And with an ageing population of traders, it is arguably now more important than ever to encourage young traders in order to secure the future prosperity of the markets industry.