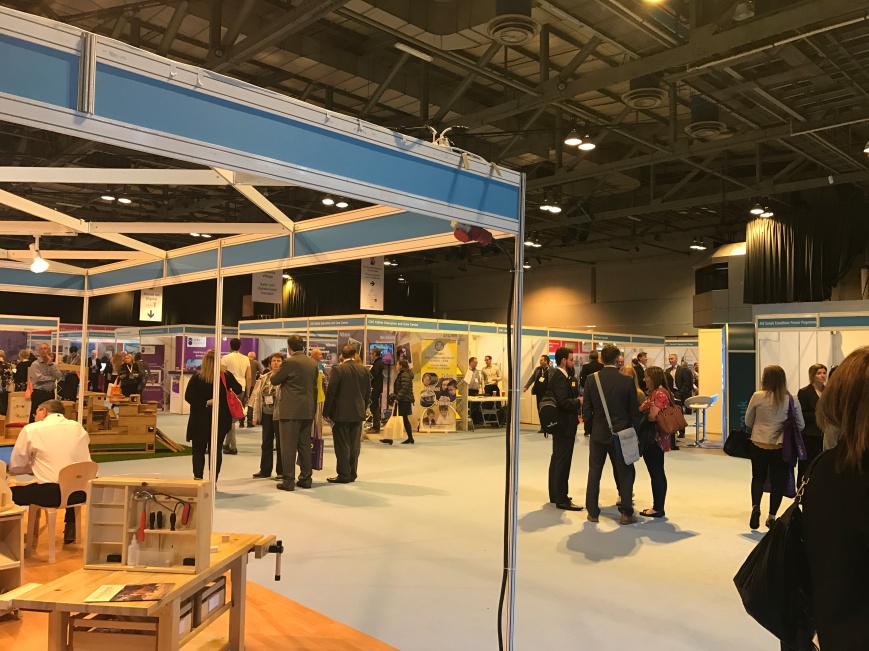 Last Wednesday, I attended the first day of the annual Scottish Learning Festival. Launched in 2000 as Scottish Education and Teaching with Technology (SETT), the two day event run by Education Scotland regularly attracts thousands of visitors from the education landscape in Scotland and beyond.

Promoting excellence and equity for all

The theme of this year’s event was promoting excellence and equity for all through:

First Minister Nicola Sturgeon has made education the priority for her government, telling education leaders earlier this year that they could “judge” her on the success of her policies to close the attainment gap in Scotland.  Despite improvements in Scottish school standards, an attainment gap persists, with pupils in more affluent areas twice as likely to gain a Higher than their peers from deprived areas. Sturgeon’s priority is to ensure that kids in Scotland grow up with the belief that academic success is achieved through talent and hard work, rather than based on the area in which they live.

The festival’s opening keynote address was delivered by John Swinney, the recently appointed Education Secretary. Swinney stated his aim to “declutter” Scottish education. This is to be achieved by replacing the current mandatory requirement for unit assessment at National 5 and Higher levels with enhanced course assessment. Swinney explained that the aim of this was to reduce teachers’ workload around assessments, and suggested that teachers must also take additional steps themselves to reduce their workload. In the wake of this announcement, the EIS teaching union agreed to consider suspending their planned industrial action over teacher workloads.

Swinney also launched the inaugural Digital Schools Awards at the festival, which aim to promote, recognise and encourage best practice use of digital technology in primary schools. Prior to the event, the education secretary spoke of the importance of supporting Scotland’s digital sector by developing the skills and confidence of learners, and pointed to evidence that technology use in the classroom can enhance learning and teaching, and lead to improved educational outcomes for pupils.

The first afternoon session I attended was presented by Chris Graham from the Scottish Government Curriculum Unit, and focused on the Organisation for Economic Cooperation and Development’s (OECD’s) 2015 review of education policy, practice and leadership in Scotland. Chris explained the background to the review, which was commissioned by the Scottish Government to:

The review made 12 recommendations, across the headings of quality and equity in Scottish schools; decision-making and governance for the Curriculum for Excellence (CfE); schooling, teachers and leadership; and assessment, evaluation and the CfE. A particular point that the OECD team made was that they didn’t believe that current activities around equity were as well aligned as they could be, and suggested that more should be done in terms of sharing evidence of ‘what works’ from individual interventions across the board. While the OECD did not specifically evaluate the CfE itself, the team did suggest that a new “narrative” be developed around it in order to clarify its scope – and perhaps even rename it. They were positive about the CfE overall however, but emphasised the need for the government to be bold and innovative in order to achieve its potential.

Chris also highlighted a range of measures that have been implemented since the report was published, some of which were under way when the OECD were carrying out their review. These include the expansion of the Scottish Attainment Challenge to secondary schools, and the launch of the National Improvement Framework and Delivery Plan for Excellence and Equity in Scottish Education. Chris described these developments as relevant to the recommendations made by the OECD team, and sees the next steps to be taken as currently an “open conversation”. 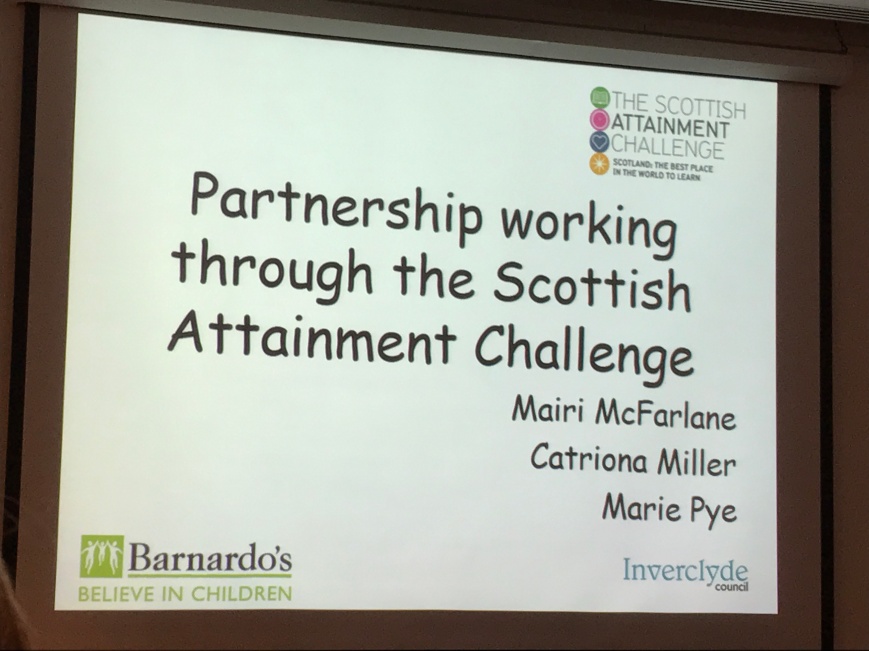 The final session I attended looked at the experience of Aileymill Primary School in Inverclyde with the Scottish Attainment Challenge. This initiative was launched in February 2015 by the First Minister in order to bring a greater sense of urgency in achieving equity in educational outcomes in Scotland. Aileymill, along with five other schools in the area, was awarded Challenge funding in August last year in an attempt to bridge the gap between pupils from deprived and more affluent areas in Inverclyde.

The session featured presentations from Aileymill’s headteacher Catriona Miller and Marie Pye from Barnardo’s, who worked with the school to provide a dedicated family support worker and implement plans for families who were struggling with issues such as poor attendance. Catriona spoke of the extent of some of the issues facing the pupils in her school, where 70% of the roll falls into the Scottish Index of Multiple Deprivation (SIMD) categories 1 and 2.

Two key things that emerged from Catriona and Maria’s presentations were the importance of establishing trust to the success of the partnership between the school and Barnardo’s, and the need to develop a sustainable model to support pupils and their families due to the limited availability of funding. Also key was the relationship-based approach employed, not only to their partnership, but to the support they provide to pupils and their families. It was really inspiring to listen to how much of an impact the funding has made in Aileymill, where parents who had been previously completely disconnected from their child’s education are now engaging with both the school and social work, and there are pupils whose attendance has increased from 23% to 80% within a year.

You can read more about the 2016 Scottish Learning Festival here. Follow us on Twitter to see what developments in public and social policy are interesting our research team.

2 thoughts on “Scottish Learning Festival 2016: excellence and equity for all”