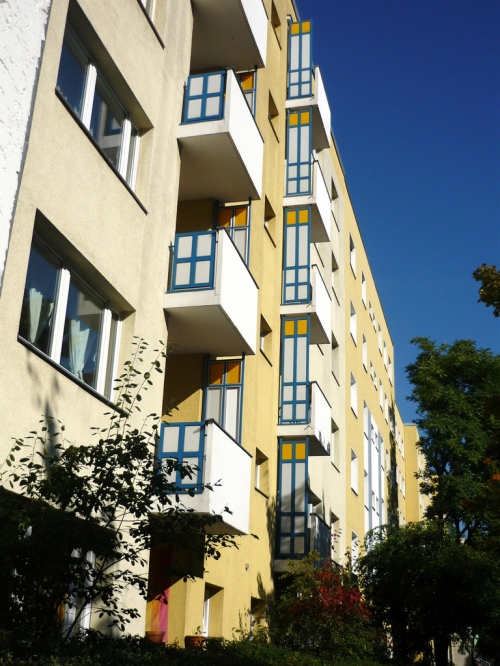 Could a lower level of home ownership in the UK become the new normal? That’s one of the questions arising from a recent Halifax report  that examined perceptions and changes in the first-time buyer market.  Although there has been an increase in the number of first-time buyers in the past five years, the report identified a growing number of people aged 20-45 who do not believe they will ever own their own home.

The authors concluded that if this trend continues the UK could be moving closer to the German housing model, where renting is the norm.

While about 60% of Britons live in owner-occupied accommodation, barely half of Germans own their own home (the lowest proportion in Europe). A number of factors explain the enduring preference for renting in Germany :

In recent years, there have been some signs of a shift towards home ownership in the German market, particularly in Berlin. But, having looked on with disquiet at the fallout from property crashes in the rest of Europe, many Germans remain suspicious of booming housing markets. In Germany, renting is still seen as a perfectly respectable alternative to home ownership.

Could that happen here? Prohibitive deposits, high property prices and low incomes are preventing many people getting a foot on the property ladder. Faced with a shrinking social housing market, they are increasingly turning to the private rented sector (PRS), which now forms the second largest form of tenure in England (18% of the total households).

The Halifax report suggests that the German model is not unattractive, but also warned that a shift away from home ownership means problems in the UK’s PRS need to be addressed.

These issues were detailed in another recent report, from the Just Fair Consortium. Among its findings:

The report’s authors noted that, while the rise of the PRS has been characterised by the government as a positive development, this has not been the experience for everyone:

“The UK government has increasingly presented the PRS’s expansion as based on lifestyle choice, and as a form of tenure suited to greater labour market mobility and flexibility. While this may be the case for some economically empowered renters, the overall context of private rentals suggests that the sector provides housing for a number of households, particularly families, for whom a private rental home is a source of anxiety over tenure security, cost, habitability, and quality, rather than a sought-after choice.”

The problems associated with the PRS in the UK may be contributing to a reluctance to rent. But if there were improvements to security of tenure, quality and affordability, the PRS might appear a more attractive option. Danny Dorling, professor of human geography at Oxford University, recently contrasted the UK’s rented sector with the situation in Germany:

“In Germany tenants cannot be evicted on a whim. Often landlords have to bribe them out if they want control of the property back before the agreed date. Property is of good quality, well soundproofed, spacious and well insulated. Pension companies often hold it, so you know where your rent is going: it is paying for your parents’ generation’s old age.”

If Generation Rent is here to stay, this has implications for the private property market, for the social and private housing sectors, for planning and economic development, to say nothing of the social impact. The UK is unlikely to return to mass private renting any time soon, but if current trends continue, perhaps there are lessons to be learned from the German model.

The Idox Information Service can give you access to a wealth of further information on housing; to find out more on how to become a member, contact us.

2 thoughts on ““Generation Rent” – are there lessons from Germany?”