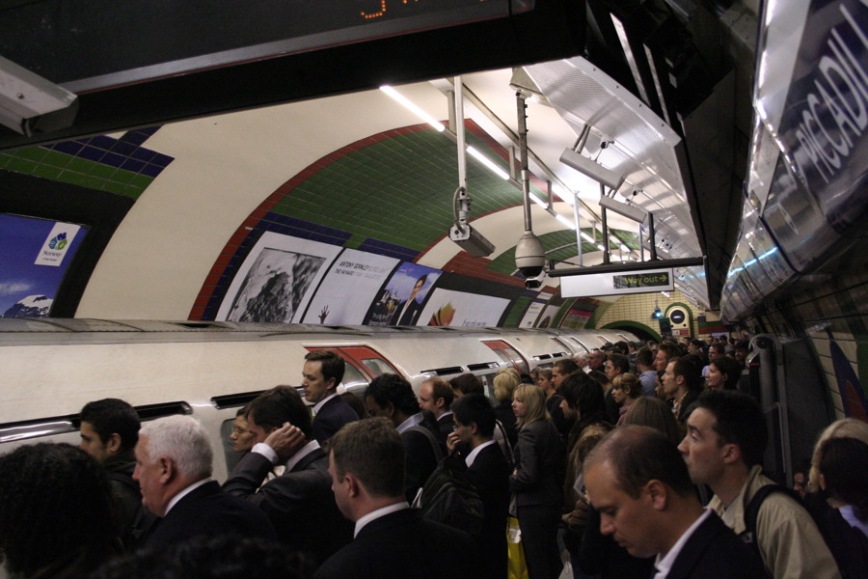 How does the place you live affect your wellbeing? That was the topic of two separate studies we received in the Information Service last week. With the current interest in place-making, the issue is a topical one.

Perhaps unsurprisingly, the main message from both studies is that people’s own individual characteristics, such as physical health problems, socio-economic status, and employment status, had a much larger relationship with personal wellbeing than the characteristics of the places in which they live. However both studies found that place did have an impact on people’s personal wellbeing.

The first is a Glasgow study on the influence of neighbourhood characteristics on personal wellbeing.

The research focused on a sample of residents in the Glasgow area, and looked at the relative influence of neighbourhood and individual characteristics on respondents’ ‘positive mental health’. To do this, it used a measure of wellbeing which assesses individuals based on their responses to 14 questions such as “I’ve been feeling optimistic about the future” and “I’ve been feeling useful”.

It found that the most influential determinants of wellbeing were physical health problems, age, socio-economic status, and ‘cognitive social capital’ (a feeling of belonging to and integration with the local area). However the characteristics of the area in which they lived – ‘environmental incivilities (levels of rubbish, noise, disturbance etc), ‘social incivilities’ (drug activity, crime, etc) and perceived neighbourhood safety – had smaller, but still significant effects.

The second study, from the Office for National Statistics, used a different, though similar measure of wellbeing, based on four questions:

The article contains strong caveats pointing out the difficulty of disentangling area and individual effects and “is aimed mostly at an audience of researchers in academia and policy researchers in government”, however it expresses hopes that it will also be of interest to those engaged in personal wellbeing issues at the local level.

The author looks at the effects on wellbeing of various area characteristics, including:

Interestingly, it looks at how these factors affect the different aspects of wellbeing (after individual characteristics were taken into account), with mixed findings:

Average household income in the area

The average household income in an area appeared to be associated with higher anxiety than living in lower income areas, however it did not appear to affect life satisfaction, feelings of doing worthwhile things and happiness.

Those living in less deprived areas rated their levels of life satisfaction and ‘happiness yesterday’ somewhat higher than those living in the most deprived areas, but no difference was found in anxiety levels or feeling that what they do is ‘worthwhile’.

The amount of green space in the area appeared to have some additional association with personal wellbeing.

There was an association between personal well‐being and living in relatively less built‐up areas, compared with living in London.

There was an association with life satisfaction and anxiety – for example, people living in the most populated areas rated their life satisfaction on average 0.22 points lower than those living in the least dense areas, and their reported average anxiety yesterday was also 0.27 points higher. However, population density had no additional association with a person’s feelings that the things they do in their lives are ‘worthwhile’ or with their ‘happiness yesterday’.

So what can we take from the two studies?

Interesting findings to mull over for those concerned with place-making!

Further reading (you may need to be a member to view these articles):

2 thoughts on “How does where you live affect your wellbeing?”