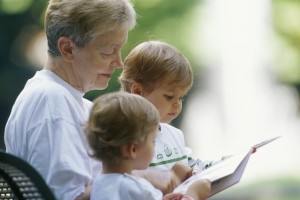 A report published last week by dementia care specialists Red & Yellow Care, in association with the Alzheimer’s Society, argues that the stigma attached to dementia is getting in the way of people with the condition living their lives, as they are “deflated by the ‘nothing can be done’ attitudes of hopelessness that pervade not just public, but some professional attitudes”.

The report outlines a six-part framework for those professionals seeking to help people to live a ‘good life’ with dementia:

It calls for dementia to be accepted as a ‘new normal’ and highlights the Alzheimer’s Society’s Dementia Friendly Communities Programme, through which communities are committing to making their communities dementia-friendly.
As the population ages, the prevalence of dementia is projected to grow from 800,000 persons in the UK in 2012, to one million by 2021 and 1.7 million by 2051. Whether or not these figures turn out to be accurate – a New Scientist article in January discussed research suggesting that the dementia rate in developed countries may be falling rather than rising – and whether or not dementia does indeed become the ‘new normal’, it is certainly a public health issue which has to be addressed.

The recent public policy literature and professional press shows that moves are being made in the direction recommended by the report. For example

The Founding Director of Red & Yellow Care, in his foreword to the report explains,

“We commissioned this report with a view to encouraging a debate, and seeding it with a more hopeful perspective that we would like to see lead to more energy and optimism in society’s approach to dementia.”

Articles referred to in this blog  (please note  you must be a member to view them):

Working with Older People, Vol 17 No 4 2013. Evidence-based campaigning on loneliness in older age: an update from the Campaign to End Loneliness

One thought on “Dementia – the new normal?”