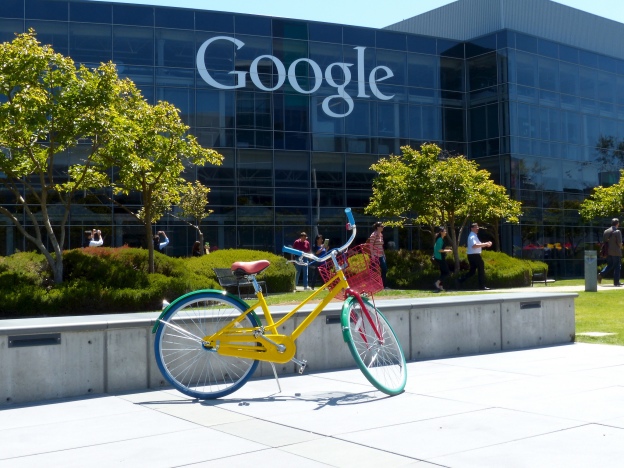 In cities across the world, there is growing unease at the impact of tech firms on local communities. In San Francisco’s Silicon Valley, “Google Buses” – the corporate commuter buses for Google staff – have been the subject of multiple protests by local activists, including the blockading of buses and displaying provocative banners.

The protesters’ main grievance? Housing. Researchers at the University of Berkley have found that rents close to bus stops used by Google employees are 20% higher than in other comparable areas.

It’s not just about Silicon Valley

In East London’s Tech City – home to both Google and Amazon – there have also been housing pressures, with property prices increasing by 13% in the two years to April 2017.

Further, The Economist has produced a map of London gentrification, showing that affluent young professionals are living in the inner-city, whilst poorer, often less educated ‘service workers’, are being pushed to the outskirts of the city. As Professor Richard Florida describes it “London is the archetypal example of a class-divided city”.

In Dublin, where Google and Facebook occupy 4% of all commercial office space, local activists have blamed tech firms for their housing crisis. Aisling Hedderman of the North Dublin Bay Housing Crisis Community, highlights that

“…we’re not going to see housing provided for families, but houses provided for single people and couples. And as long as people are willing to pay the high rents it’s going to keep driving up the rents”

Tech firm Airbnb has also received a lot of attention for its impact on housing. Airbnb, who enable people to rent out their properties or spare rooms, has faced challenges in a number of cities. For instance, in November 2017, Vancouver introduced new regulations to stop businesses from offering short-term rentals through Airbnb and similar services. This means people can only rent out their principal property – which the city hopes will increase the availability of long-term rentals.

Technological change is nothing new

Edward Clarke, former analyst at the Centre for Cities, however, argues that the real problem for cities is not gentrification but poor city management.

In his view, urban neighbourhoods have always experienced periods of change, highlighting that Shoreditch’s status as a tech hub follows a long tradition of innovators moving to the area. And that research has shown that ‘new jobs’ (such as those in the digital and creative sectors) bring higher wages to an area, for the people working for these firms and in other sectors. Instead, Mr Clarke suggests there is a need to build more homes, and to consider developing on part of the Green Belt.

To alleviate these challenges, cities have started to recognise the need for closer collaboration. New York, Dublin, and London have all recruited tech leads to work with the tech sector. However, Joe Kilroy, policy officer at the Royal Town Planning Institute (RTPI), highlights that tech leads must have a remit that is wider than encouraging tech firms to move to the city. He explains:

“Ideally the tech lead would liaise with city planners who can articulate the issues being faced by the city – such as housing affordability, infrastructure pressures, and skills shortages.”

In 2017, Toronto and its small town neighbour Kitchener announced plans to introduce a new transit line to ensure the city can cope with an expected influx of new tech workers.

It may be surprising to some that it’s not Toronto that’s the main tech player, but the region of Kitchener-Waterloo, home to the University of Waterloo and the birthplace of the Blackberry. It’s internationally recognised as a hub of innovation and prides itself on being different to Silicon Valley, viewing itself as more of a community than a series of business networks.

Local tech leaders acknowledge the importance of reaching out and working closely with local charities on issues such as affordable housing, as well as offering their skills to the community.

Cities must ensure that the growth of the tech sector benefits everyone, and that sections of society aren’t left behind. However, big tech firms also have a role to play, and should become active participants in their communities, leading on areas such as education and skills and housing. Only then, will these tech firms truly prosper while having a lasting and positive impact on the surrounding communities.