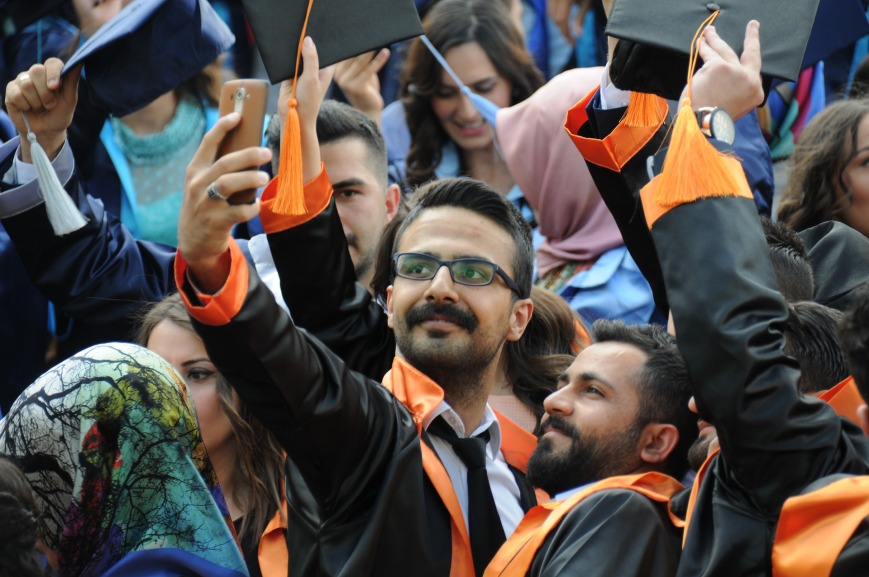 Last year, Professor Simon Marginson published a report that would have worried university chiefs more than a BBC investigation into their eye-watering salaries.

The concern? That UK universities are no longer able to compete with the world’s elite universities and have slipped from second to third in the international higher education rankings.

For many years, the UK has sat comfortably behind the United States as the second most popular destination for international students.

However, Professor Marginson’s analysis of the data shows that since 2012 there has been moderate growth in the numbers studying at British universities. Interestingly, this is also the year the UK Government cancelled the post-study work visa, which allowed non-EU students to stay and work in the UK for up to two years after graduation, and replaced it with the right to stay for four months after graduation.

And, Professor Marginson predicts that when the full data becomes available the UK will only be slightly ahead of Australia, or that Australia may have already climbed into second place. In either scenario – and with Brexit on the horizon – this news will be undoubtedly worrying for universities, who have a long tradition of welcoming students and academics from across the globe.

Although UK universities are respected internationally, this is not the first piece of evidence to suggest international students might be tempted elsewhere.

In 2018, the Times Higher Education (THE) World Reputation Rankings, which scores universities based on the quality of their research and teaching, highlighted that British universities either stayed the same or fell down the international league table. In particular, Durham University has lost its place amongst the top 100 universities in the world, whilst University College London and Imperial College London have dropped down the rankings.

Phil Baty, THE’s editorial director of global rankings, argues that the UK’s elite universities cannot take their international reputation for granted and suggests the findings should “give pause for serious thought as the country seeks to champion its status as ‘global Britain’ in a post-Brexit world.”

Although recent immigration changes and uncertainty over Brexit present challenges for British universities, the policies adopted by other countries have also impacted on their competitiveness.

In the US, President Barak Obama’s liberal approach to immigration resulted in a 26% increase in international students between 2011-2015 – this is significantly higher than the UK’s 2.6% growth rate for the same period. However, more recently, President Trump’s ‘America First’ policy has led to the tightening of the student visa system and increasing anti-immigrant sentiment. In turn, the US has experienced a decline in international student numbers, particularly from Saudi Arabia, Mexico, and Canada.

Canadian universities have attempted to capitalise on these political changes by marketing themselves as a more tolerant North American alternative. For example, the University of Montreal has set up a travel fund to help international students attend US conferences, as some may face difficulties entering the country. Policies, such as these, are likely to have led to a 20% increase in international students accepting places in the Autumn of 2017.

In Australia, there has been a dramatic change in direction. In 2009, violence against Indian international students ignited protests in the streets of Melbourne and Sydney. In response, the Australian Government made a significant diplomatic effort to salvage Australia’s reputation as a welcoming place for international students, including by relaxing the regulatory and financial requirements for study.

How can the UK foster competitiveness?

Similarly, Universities UK, have stressed the importance of bringing back work visas for overseas graduates. They highlight that competitors such as the United States and Canada allow students to stay and work for three years after graduating, and four in the case of Australia.

To mitigate against Brexit, the Economist has discovered that some universities are considering setting up a European campus in order to avoid immigration restrictions.

Policy reforms and practical support, such as those highlighted above, would certainly improve British universities’ ability to compete with up-and-coming international student destinations. However, the real question is, is there enough political will to make this happen?