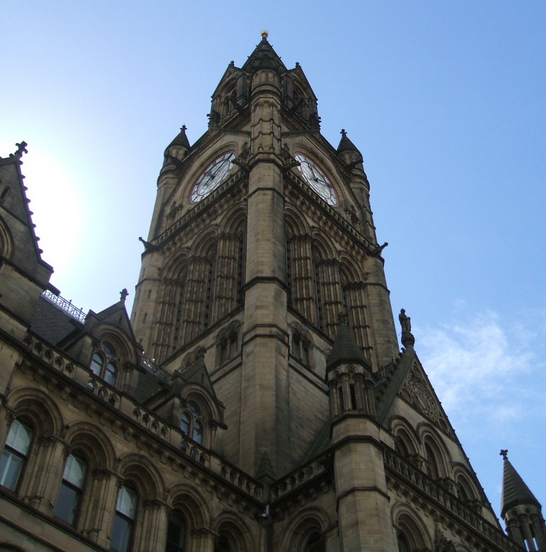 Just over a year ago, Manchester began blazing a trail for devolution in England. Ten local authorities in the Greater Manchester Combined Authority (GMCA) signed a deal with George Osborne, the Chancellor of the Exchequer, for the transfer of powers in areas such as transport and skills from central to local government.

Since then, the English devolution bandwagon has picked up speed. After the general election in May, the newly-elected Conservative government introduced a Cities and Devolution Bill , creating a framework for the transfer of powers to the regions, and making provision for directly elected mayors.

During the summer, the Chancellor invited cities, towns and communities across the UK to submit their own devolution proposals, and by September 38 submissions had been received (including a number from Scotland and Wales).

Meanwhile, further deals have been announced, giving greater autonomy to local authorities in Sheffield, Cornwall, the North East of England and the Tees Valley. In November, two further deals were announced for the West Midlands and Liverpool.

As its momentum gathers pace, questions have arisen over the nature and implications of devolution for England’s cities and regions.

In October, a survey for Local Government Chronicle (LGC) highlighted concerns about the devolution timetable. 69% of the 45 chief executives and deputies responding to the survey indicated that the seven-week timeframe given to put a proposal together had been too tight. Of those councils which had not submitted a bid, 38% said they could not arrange a partnership with another authority, while 8% said they could not convince politicians in their area to agree.  However, the survey also indicated that 15% of councils were holding back on bids to see how other authorities fared first.

Some of the key governance issues surrounding devolution were considered in a report by the Centre for Public Scrutiny.

The report was critical of the secrecy of the deal-making process, noting that details were only being released when agreements had been reached:

“Local people – anyone, indeed, not involved in the negotiations – need to understand what devolution priorities are being arrived at and agreed on. Increased public exposure in this process will lead to a more informed local debate. At the very least, the broad shape and principles of a bid for more devolved powers should be opened up to the public eye.”

The report argued that governance arrangements for the work that combined authority areas will be doing in future need to satisfy three conditions:

In 2012, plans to replace local council cabinets with directly elected mayors were rejected by voters in nine English cities, including Manchester, Newcastle, Sheffield and Leeds.

However, the government has insisted that devolving powers to English regions is now conditional on the inclusion of directly elected mayors. In May the chancellor explained why he thought this was so important:

“It’s right people have a single point of accountability; someone they elect, who takes the decisions and carries the can. So with these new powers for cities must come new city-wide elected mayors who work with local councils. I will not impose this model on anyone. But nor will I settle for less.”

George Jones, Emeritus Professor of Government at the London School of Economics, has asserted that the concentration of power in one person is undesirable:

“…the advantage of collective leadership is it enables exploration of policy from different perspectives. Colleagues can consider possible impacts of policy in a variety of contexts, spotting pitfalls ahead and the consequences for different people and groups. A single person is unlikely to represent the diverse complexities of a large urban, metropolitan or county region area better than can collective leadership.”

The journey to greater autonomy for England’s regions has only just begun, but it’s already clear that the path to devolution will not be straightforward.

Read more about English devolution in our previous blogs:

On Wednesday 21st October, the Cities and Local Government Devolution Bill reached the Committee Stage for consideration by the House of Commons. The Bill, which was initially introduced in the House of Lords, provides statutory authority for the devolution of powers to local areas. The Local Government Association (LGA) has described it as an ‘enabling Bill’ – as very few of the policy areas covered in devolution agreements are mentioned.

Yet its technical nature has not deterred debate. Whitehall, local government, and a host of other interested parties have all sought to shape the Bill, and the devolution agenda.

So, what are the main elements of the Bill?

The Bill makes a number of proposals, including that:

Which devolution deals have already been agreed?

The Government has received 38 bids, including four from Scotland and Wales. The first devolution deal was the Greater Manchester Agreement on the 3rd November 2014. Since then, a number of other deals have been agreed, including the Sheffield City Region Agreement on Devolution (12th December 2014), the Cornwall Devolution Deal (16 July 2015), and Tees Valley Devolution Agreement (23 October 2015).

However, a number of agreements are still under discussion. For instance, the Liverpool City Region bid is seeking power over a large range of areas, including the creation of a Land Commission and a development corporation, EU structural funds, and retention of business rates. They are also considering introducing an elected mayor.

The Bill currently before the House of Commons states that elected mayors should not be a condition of further devolution. Nevertheless, the government have linked a full transfer of powers to a directly-elected mayor. In May 2015, the Chancellor, George Osborne, argued that:

“It’s right people have a single point of accountability: someone they elect, who takes the decisions and carries the can. “

However, in the same speech, the Chancellor also suggested that he would “not impose this model on anyone”.

Some, though, would argue that the Chancellor’s approach is closer to the first statement. For instance, a group of North East MPs have challenged Ministers to “just be honest” and admit that they forced the North East Combined Authority to accept an elected mayor. Interestingly, Durham County Council, a member of the North East Combined Authority, is set to allow residents to vote on the new deal. Yet, even if the public voted against the deal, the Cities and Local Government Devolution Bill provides that the Communities Secretary has the power to eject a combined authority member, and continue with the deal.

Similarly, it’s been reported that the Department for Communities and Local Government (DCLG) has explicitly told Suffolk and Norfolk that they would need a directly-elected mayor if they want major powers to be devolved.

The LGA has recently suggested that the government should look to identify alternatives to directly-elected mayors.

However, this led to Lord Warner questioning how ‘devolved’ health services would really be. Chris Ham, Chief Executive of the Kings Fund, also stated that:

“The unanswered question is how much freedom public sector leaders will have to depart from national policies in taking greater control of NHS resources.”

He suggested that this issue would need to be worked on.

Will the Bill bring devolution to English regions?

The great advantage of the Bill is that it provides flexibility for local areas to negotiate their own devolution deal. But, as we have seen from already signed agreements, combined authorities may have to agree to terms that are at odds with the local electorate. For example, in 2012 the electorate of Manchester voted against directly-elected mayors. Yet, a couple years later, they became the first combined authority to sign an agreement with the Chancellor.

Some, however, will say that genuine devolution will only be achieved through devolved finances. This has already started to happen with the Chancellor announcing that local authorities will be able to retain business rates.

Overall, though, the devolution journey has just begun. Each local council will make their own arrangements, and will be answerable to their own electorate. Ultimately, it will be for them to decide through the ballot box whether genuine devolution has been delivered.

The Bill will return for further consideration in the House of Commons on 17 November 2015.

Read our other blogs on devolution: