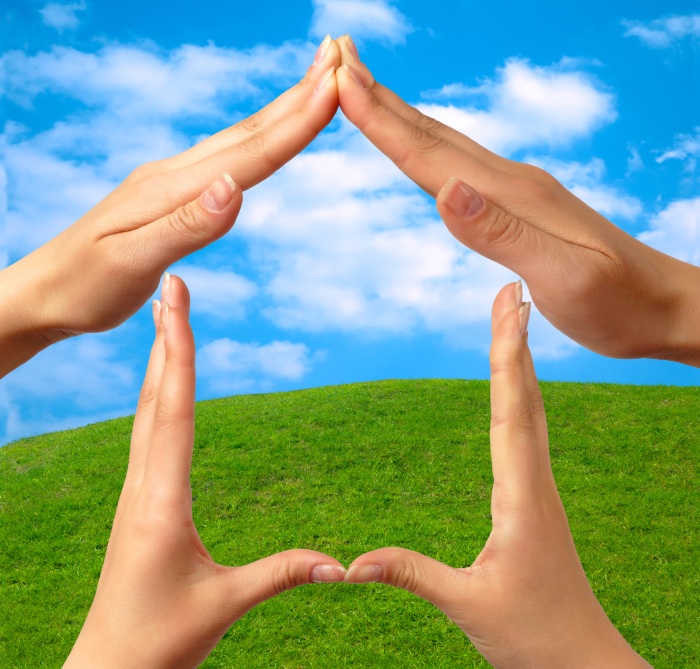 There’s little doubt that many of Britain’s homes need to improve their energy efficiency. A 2015 study by the Association for the Conservation of Energy found that the UK has among the highest rates of fuel poverty and one of the most energy inefficient housing stocks in Europe. In terms of energy efficiency, the UK housing’s walls came 7th out of the 11 countries analysed, while its roofs were ranked 8th, its floors 10th and its windows 11th.

Badly heated housing has significant impacts on health. In 2011, an analysis by Friends of the Earth highlighted the links between cold housing and poor mental and physical health:

“The main health conditions associated with cold housing are circulatory diseases, respiratory problems and mental ill-health. Other conditions influenced or exacerbated by cold housing include the common flu and cold, as well as arthritis and rheumatisms.”

However, people living in energy inefficient homes are often those least able to afford the necessary retrofits, such as insulation, new boilers and double glazing.

The rise and fall of the Green Deal

In 2013, the coalition government launched the Green Deal, a retrofitting programme that aimed to provide an affordable solution for low-income households struggling to keep their homes warm. However, it soon became clear that the Green Deal was too complicated for the energy efficiency sector to administer, and too hard for householders to understand. After three years of disappointing take-up, the scheme was scrapped in 2015.

With no replacement for the Green Deal on the horizon, agencies supporting fuel-poor households have been trying to fill the gap. The Trussell Trust, for example, has been opening “fuel banks” in towns and cities across the UK, providing vouchers for paying gas and electricity bills.  Important as they are, these initiatives cannot take the place of housing improvements.

The Energiesprong (“energy leap”) model has its origins in the Netherlands. Energiesprong is a network of organisations committed to urban and regional development. It brokered a deal between housing associations and builders to refurbish houses to net zero energy levels. This means the homes do not consume more energy for heating, hot water and electricity than they produce. Householders commit themselves not to use any more energy than an agreed amount. If they do, additional charges apply, but these are likely to be minimal thanks to the improvements in insulation.

So far, the Dutch scheme has proved successful; the first 800 retrofitted homes have performed better than expected, producing more energy than they consume. The tenants are very satisfied with the improvements and Dutch housing associations have committed to upgrade 111,000 homes under a wider roll-out.

The Energiesprong concept is now being applied in the UK, where property developers are working with local authorities and social housing providers on prototypes.

Housing associations will finance the up-front costs of the work, including external wall insulation, roofing and renewables. These will be repaid by the energy cost savings resulting from the upgrade. Unlike the Green Deal, however, the Energiesprong concept is more straightforward and easier for consumers to understand, and refurbishments can be carried out within 10 days. In the UK, between 10 and 30 homes have been undergoing improvements in pilot projects during 2016, with a target of 5000 retrofitted homes by 2018.

The concept also has something to offer owner-occupiers; in addition to improving a property’s energy efficiency, Energiesprong also delivers a better-looking exterior. As Energiesprong UK director Arno Schmickler explained to Architects’ Journal:

“We are trying to position a high-quality, desirable product, to make your neighbours jealous – that really works.”

The Energiesprong process in the UK must overcome significant challenges before it can achieve the levels of success seen in the Netherlands. Although it has secured European Commission funding, Energiesprong UK could achieve a much greater impact with government support. In addition, changes to planning guidance will be required to enable retrofitting without the need for explicit planning permission. The UK retrofitting sector must also make technical and cultural adaptations if it is to emulate the impact of their Dutch counterparts.

But if Energiesprong takes off in the UK, Arno Schmickler foresees the day when retrofitting could become as straightforward as choosing a new sofa:

“We want to position this where you could walk into, dare I say it, Ikea, and buy your Energiesprong solution while you’re kitting out your home with new furniture. ‘That’s how easy it should become.”

Read our other blog posts on energy efficiency in homes: 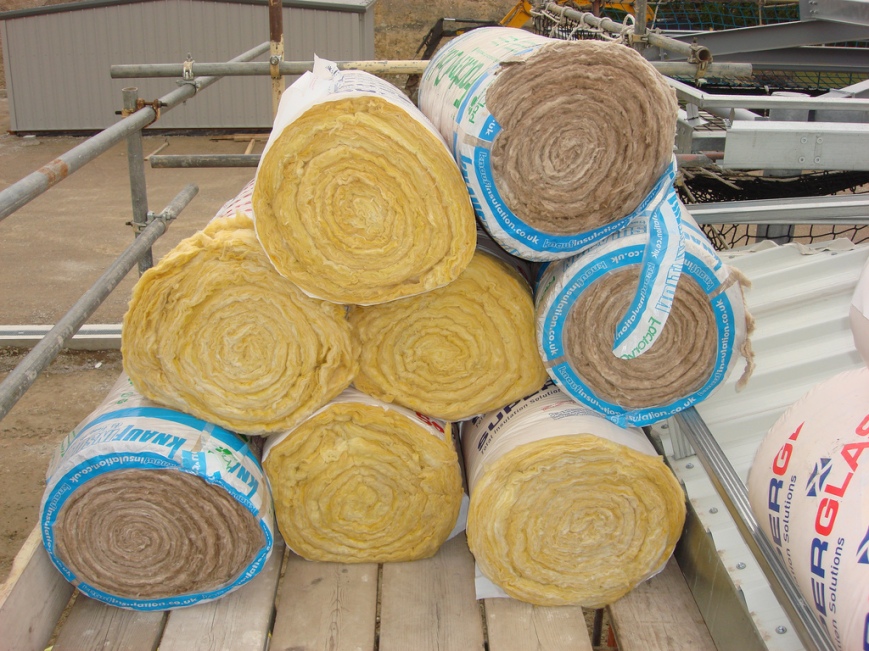 The Green Deal is dead. Last month, the energy and climate change secretary, Amber Rudd, announced that no further applications for finance from the project would be accepted.

The Green Deal was launched by the coalition government in 2013 with the aim of improving energy efficiency in homes across England, Scotland and Wales. Under the programme, households could borrow up to £10,000 for household improvements such as double glazing or home insulation, and make repayments through their energy bills.

As well as addressing fuel poverty, the energy efficiency scheme was also regarded as having a crucial role in meeting the UK’s emission reduction targets.

But, almost from day one, the programme was criticised as too complicated for the energy efficiency sector to administer and too hard for householders to understand. The first round of Green Deal funding attracted fewer than 2000 applications.

Although take-up improved in subsequent years, the scheme was still poorly regarded, not helped by reports of botched installations. Last year the House of Commons Energy and Climate Change Committee concluded that the Green Deal had failed to live up to expectations, arguing that its planning was flawed, its funding inefficiently delivered, and its implementation poor, all made worse by inadequate communication.

But although few will mourn its passing, the sudden death of the Green Deal, with no replacement, has generated angry responses.

“While the Green Deal was by no means perfect, the principle of enabling households to install energy-saving measures without paying upfront costs was sound.”

“Ditching measures to improve energy-wasting homes will simply leave people to pay more for their bills, with low-income families bearing the brunt of it.”

There’s little doubt that many of Britain’s homes need to improve their energy efficiency. In 2012, 357,000 homes in England had the worst energy ratings of F and G, and more than four in 10 of those were classed as “fuel poor”.

Badly insulated housing has significant impacts on health. Earlier this year, an analysis by Friends of the Earth suggested that cold homes lead to many more people in England than Sweden ending up in hospital with breathing problems, despite England’s much milder weather.

Announcing the Green Deal’s demise, Amber Rudd promised to work with the building industry and consumer groups to create a new system. The government has also commissioned an independent review to look at standards, consumer protection and the enforcement of energy efficiency schemes, to ensure that any future arrangements provide better value-for-money for taxpayers and consumers.

At the moment, another government energy efficiency scheme – the Energy Company Obligation (ECO) remains in operation. Under the ECO the big six energy suppliers are required to help vulnerable householders save on their energy bills and carbon emissions. However this scheme is due to be wound up in 2017.

With no replacement for the Green Deal on the horizon, the energy efficiency sector has been suggesting alternatives, including:

In the meantime, industry, householders and environmental campaigners must wait for the government’s next move on energy efficiency.

We’ve made some of our member briefings freely available. View a selection of our environment publications on our website. 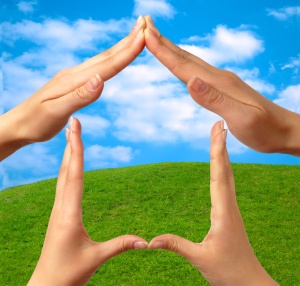 The team at The Knowledge Exchange have recently started producing briefing papers on subjects of particular interest to our members (and potential members). One of our latest briefings focuses on the challenge of retrofitting houses in the UK to make them energy efficient and more environmentally friendly.