Most parents are aware that physical activity is good for children – as it can help to improve their sense of self and have a positive impact on their mental health and well-being. But it’s less well known that being fit and active can also help to boost children’s academic performance.

Our recent review of primary school children from Stoke-on-Trent, England, shows that children who are more active perform better in key stage one results in reading, writing and mathematics than less active children – achieving grades that were either average or above average for each subject.

We also looked at how the children’s weight and height changed over the school year in our enjoy exercise. All the children gained weight, but less active children appeared to gain weight at a steeper rate than active children. This may mean these children – who currently have a normal weight and body mass – may be at risk of becoming overweight or obese in the future.

A report from Sport England shows that children who enjoy exercise, have confidence in their physical abilities and understand why exercise is important, are more likely to be active regularly. The same report also shows that these children do, on average, twice as much physical activity compared with children who don’t enjoy sport and exercise.

The Department of Health recommends children do at least 60 minutes of physical activity every day – but many children fail to meet these recommendations. This is in keeping with national figures that show only 17.5% of English, 38% of Scottish, 51% of Welsh and 12% of Northern Irish children meet the recommended minimum exercise levels.

But inactivity is not just a problem in the UK. Levels of childhood physical activity have recently been described as a global crisis by the World Health Organisation. Increasing urbanisation, changing patterns in transport, increased use of technology and high levels of poverty are considered to be reasons for the decline.

Of course, not all children naturally love exercise – and many dread PE lessons. Indeed, research shows that children who get regular encouragement and who have access to affordable facilities are more likely to be and stay active.

Be a role model

Given that our research shows the impact physical activity can have on academic performance and growth, it’s clear that children need to be encouraged to be active and given time to play regularly at home, in school and in the local community.

Children should walk more, run, cycle, use their scooter, go to their local playgrounds, dance, swim and play sports. Children should also be encouraged to travel to school on foot or by bike where possible and sit less often and for shorter periods of time.

Read more: articles on children and health on The Knowledge Exchange blog: 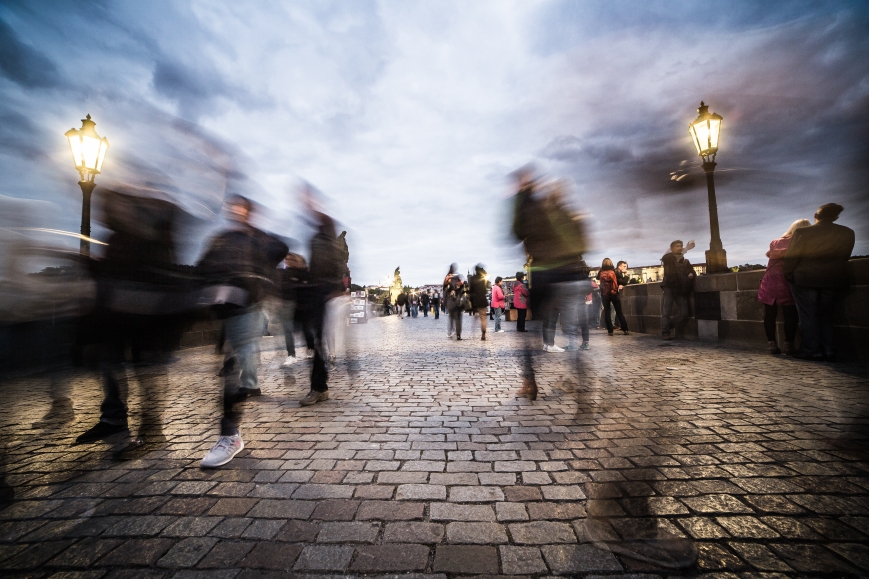 In recent times, walking has been enlisted as one of the key weapons in the war on inactivity. Planners and policymakers have taken note of evidence highlighting the benefits of walking for health and wellbeing. Meanwhile, local and national governments have taken up the challenge of embedding walking into policy, strategy and guidance. There are now national walking strategies for England, Wales and Scotland, and from Belfast to Bristol local councils have published their own plans to get more people walking.

Travel trends and their costs

During the twentieth century, there was a shift from work involving physical labour to jobs of a more sedentary nature. In addition, the growth of suburbs and rising car ownership has contributed to a decline in people travelling on foot. At the same time, the attractions of television and home computers mean fewer people are spending their leisure time playing sports or taking part in outdoor activities.

The World Health Organisation (WHO) has put the consequences of these trends into stark perspective:

The benefits of walking

Efforts encouraging people to become more active have had mixed results, and there is now a recognition that turning the tide of physical activity may take decades to achieve. But there’s also a growing understanding that physical activity that can be built in to everyday life can be as effective as supervised exercise programmes. And, as we reported last week, the health benefits of walking can be demonstrated in unexpected ways, such as the emergence of the Pokémon Go game as an incentive to exercise.

A recent report from the Arup design and engineering firm highlights that walking is good for cities as well as for people. It details more than 50 ways in which the world can benefit from walkable cities, including:

Another key theme of the Arup report was the importance of planning for pedestrians:

“If we want cities to be more walkable, the way we design cities has to change. Walkable places are more compact, dense with mixed uses. Streets have to be well connected with more shade from sun and rain, green spaces, trees and public spaces. And, we must pay more attention to the quality of public spaces, not just providing quantity of walkable space.” Joanna Rowelle, Director at Arup

The report lists 40 actions that city leaders can consider to inform walking policy, strategy and design. Among the ideas:

Many of the suggestions in the Arup report are not hard to implement, and needn’t be costly. But even when schemes have been enacted, they may face opposition.

Each weekend, for the past seven years, a busy thoroughfare in Bucharest has been cleared to create Via Sport – a safe space for leisure and sport. This summer, the city’s new mayor claimed Via Sport has been causing traffic problems. The scheme has now been closed for the foreseeable future.

Old instincts die hard. Those rethinking patterns and processes of urban design to stimulate walking (and cycling) will face a few bumps in the road. But the potential rewards will be great. As David Sim of Gehl Architects observes:

“The key strategy is about getting people to actually spend time out on the street. They become a part of the space, familiar with their neighbours, and are in tune with city life.”

Our previous blog posts on urban planning for pedestrians and cyclists include:

Our latest member briefing focuses on increasing participation in sport and physical activity in the UK, looking at successful examples of increasing activity and ways in which policymakers are trying to overcome the barriers to participation in sport and physical exercise. You can download the briefing for free from the Knowledge Exchange publications page.

Physical activity levels in the UK

Despite the longstanding and valued position in British society of sport, getting people of all ages involved in sport and physical activity has become increasingly challenging. While current UK guidelines for aerobic activity recommend that adults aged 19 and over should spend at least 150 minutes per week in moderately intensive physical activity, the latest statistics on physical activity from the British Heart Foundation indicate that:

The implications of inactivity

Low levels of physical activity not only have health implications, but also economic – in the UK, inactivity has been estimated to cost the NHS £1.1billion (Allender, 2007) with indirect costs to society bringing this cost to a total of £8.2billion.

Our briefing highlights the range of policies and interventions implemented by the UK and devolved governments to try and increase participation in sport and physical activity among the population. These include the Department of Education’s £150m per year Primary PE and Sport Premium Fund; and Scotland’s sport strategy for children and young people, Giving Children and Young People a Sporting Chance.

In addition, the briefing profiles successful interventions at the community level, such as Let’s Get Fizzical, a physical activity programme for young people delivered by StreetGames in collaboration with Birmingham City Council. International examples of good practice are also highlighted, including the Active Healthy Kids Canada programme and the North Karelia Project in Finland.

To find out more on how to become a member, contact us.

“The environment in which we live, work and spend leisure time – both the physical nature of places and the social environment of communities – has an enormous impact on our health and wellbeing. Health problems such as obesity, chronic heart disease, stress and mental health issues are intricately linked to the environments in which people live and work”. (RTPI, 2014)

Earlier this month the RTPI published Promoting healthy cities: Why planning is critical to a healthy urban future, the third in a series of Planning Horizons papers launched to mark the RTPI’s centenary. The report looks at how planning can help to create healthy cities – one of its main arguments being that health and wellbeing need to be at the core of city design and development.

With a growing number of people living in urban areas, and health problems such obesity and diabetes on the rise, planning for healthy cities is vital. And interest in the links between planning and urban health is nothing new.