This guest blog was written by Silvio Caputo, Senior Lecturer in the School of Architecture, University of Portsmouth.

Growing food in cities became popular in Europe and North America during and immediately after World War II. Urban farming provided citizens with food, at a time when resources were desperately scarce. In the decades that followed, parcels of land which had been given over to allotments and city farms were gradually taken up for urban development. But recently, there has been a renewed interest in urban farming – albeit for very different reasons than before.

As part of a recent research project investigating how urban farming is evolving across Europe, I found that in countries where growing food was embedded in the national culture, many people have started new food production projects. There was less uptake in countries such as Greece and Slovenia, where there was no tradition of urban farming. Yet a few community projects had recently been started in those places too.

Today’s urban farmers don’t just grow food to eat; they also see urban agriculture as a way of increasing the diversity of plants and animals in the city, bringing people from different backgrounds and age groups together, improving mental and physical health and regenerating derelict neighbourhoods.

Many new urban farming projects still struggle to find suitable green spaces. But people are finding inventive solutions; growing food in skips or on rooftops, on sites that are only temporarily free, or on raised beds in abandoned industrial yards. Growers are even using technologies such as hydroponics, aquaculture and aquaponics to make the most of unoccupied spaces.

Hydroponic systems were engineered as a highly space and resource efficient form of farming. Today, they represent a considerable source of industrially grown produce; one estimate suggests that, in 2016, the hydroponic vegetable market was worth about US$6.9 billion worldwide.

Hydroponics enable people to grow food without soil and natural light, using blocks of porous material where the plants’ roots grow, and artificial lighting such as low-energy LED. A study on lettuce production found that although hydroponic crops require significantly more energy than conventionally grown food, they also use less water and have considerably higher yields.

Growing hydroponic crops usually requires sophisticated technology, specialist skills and expensive equipment. But simplified versions can be affordable and easy to use. 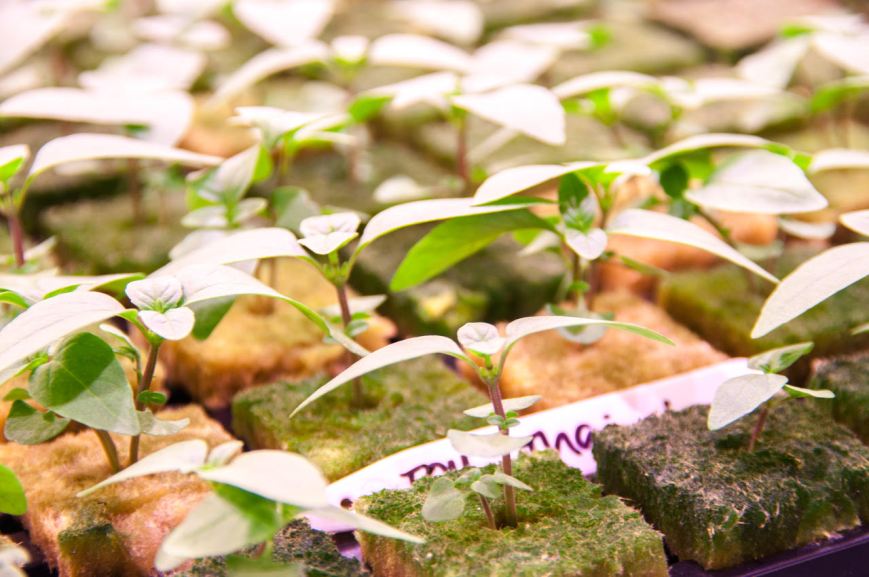 Hemmaodlat is an organisation based in Malmö, in a neighbourhood primarily occupied by low-income groups and immigrants. The area is densely built, and there’s no green space available to grow food locally. Plus, the Swedish summer is short and not always ideal for growing crops. Instead, the organisation aims to promote hydroponic systems among local communities, as a way to grow fresh food using low-cost equipment.

The Bristol Fish Project is a community-supported aquaponics farm, which breeds fish and uses the organic waste they produce to fertilise plants grown hydroponically. GrowUp is another aquaponics venture located in an East London warehouse – they grow food and farm fish using only artificial light. Similarly, Growing Underground is an enterprise that produces crops in tunnels, which were originally built as air raid shelters during World War II in London.

The next big thing?

The potential to grow food in small spaces, under any environmental conditions, are certainly big advantages in an urban context. But these technologies also mean that the time spent outdoors, weathering the natural cycles of the seasons, is lost. Also, hydroponic systems require nutrients that are often synthesised chemically – although organic nutrients are now becoming available. Many urban farmers grow their food following organic principles, partly because the excessive use of chemical fertilisers is damaging soil fertility and polluting groundwater.

To see whether these drawbacks would put urban growers off using hydroponic systems, my colleagues and I conducted a pilot study in Portsmouth. We installed small hydroponic units in two local community gardens, and interviewed volunteers and visitors to the gardens. Many of the people we spoke to were well informed about hydroponic technology, and knew that some of the vegetables sold in supermarkets today are produced with this system.

Many were fascinated by the idea of growing food without soil within their community projects, but at the same time reluctant to consume the produce because of the chemical nutrients used. A few interviewees were also uncomfortable with the idea that the food was not grown naturally. We intend to repeat this experiment in the near future, to see how public opinion changes over time.

And while we don’t think hydroponic systems can replace the enjoyment that growing food in soil can offer, they can save water and produce safe food, either indoors or outdoors, in a world with increasingly scarce resources. Learning to use these new technologies, and integrating them into existing projects, can only help to grow even more sustainable food.

As with many technological advancements, it could be that a period of slow acceptance will be followed by rapid, widespread uptake. Perhaps the fact that IKEA is selling portable hydroponic units, while hydroponic cabinets are on the market as components of kitchen systems, is a sign that this technology is primed to enter mainstream use.

Silvio Caputo is Senior Lecturer in the School of Architecture, University of Portsmouth.

This article was originally published on The Conversation website and has been republished with permission under a Creative Commons licence. Read the original article.

If you enjoyed this blog, why not read some of our other blogs: